"4Wood are happy to celebrate a stellar, exciting year of production work in 2019. "

We’re looking forward to seeing our hard work come to life, and the future opportunities that may arrive in the next decade. Here’s an overview of our work last year, and the content that has been broadcast already and is soon to be released. Please be aware, spoilers for TV series may follow. 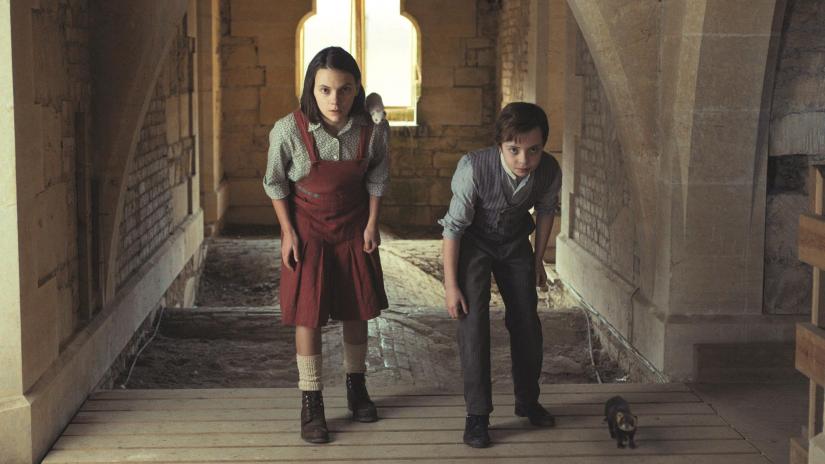 BBC and HBO’s new blockbuster series was one of our proudest works last year. Produced by Bad Wolf in Cardiff, we were required to construct some of the most outlandish sets you can imagine – a fishing village, bear palace, laboratories, snowy mountains and much more.

Undoubtedly, this was a massive project, and thanks to the effort of our talented team we helped to transport viewers to another world.

Looking ahead, we’ve already started preparing for the second season after that massive cliffhanger. Expect to find some new information later in the year for a premiere date.

If you’ve missed the series on BBC One, you can watch the whole first season on BBC iPlayer!

A collaboration between BBC and Netflix, this updated adaptation of Dracula was broadcast over New Year’s week as a three-part drama. We had a small role in constructing Count Dracula’s castle interior and the ship that sailed across the Mediterranean and round to England. A little more horrific than we’re used to; we enjoyed building something with a gothic edge, including the iconic spiral staircase – check out a tour with production designer Arwel Wyn Jones in this clip.

If you missed Dracula over New Year’s, you can catch up on BBC iPlayer. Elsewhere, you can watch it on Netflix. 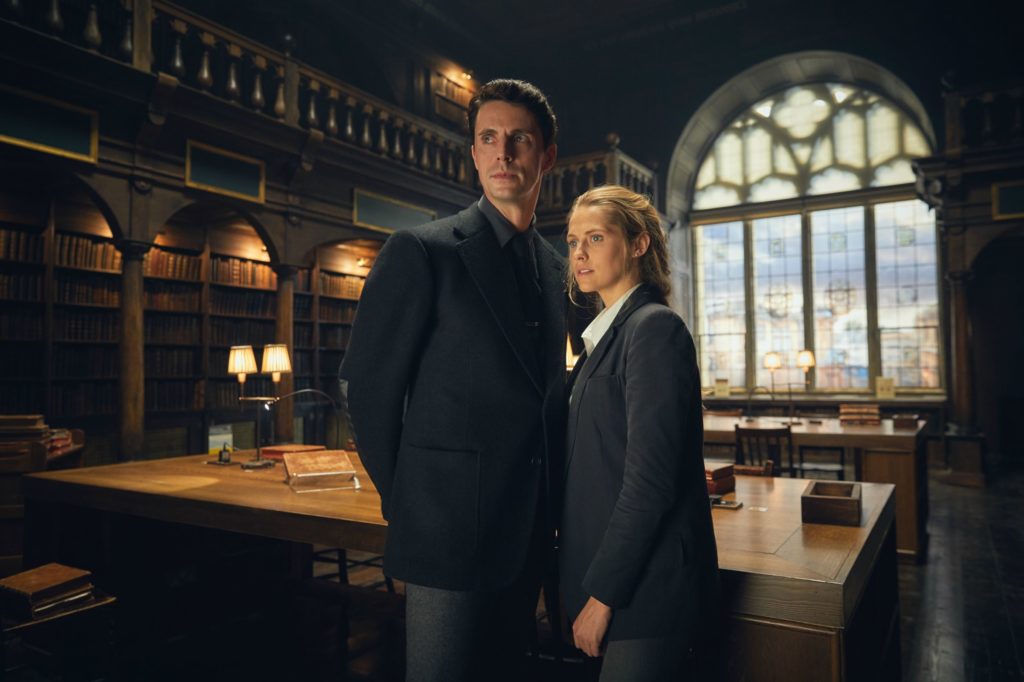 A Discovery of Witches

It’s been a while since the first season, but we’re almost ready to show our latest work on the Sky fantasy drama in its second season. Another production we work on with Bad Wolf, the second installment will be coming this year. This show is closer to our hearts as it was one of the first large productions we worked on at the new Bad Wolf Studios.

Keep an eye out for updates on its broadcast date!

Netflix’s open and honest depiction of teen awkwardness is returning on January 17th – a show that has captured attention around the world. Filmed here in Wales, we are proud of our team for the amount of detail they contribute to this unique production. Everything from Otis’ bedroom to posters on the school walls are fruits of their labour.

Catch up on the first season on Netflix before the second season arrives in a week’s time!

Due to embargoes, we’re unable to say too much about the following productions, but 2019 would not have been complete without them.

Brave New World, a new science-fiction series by Universal and Amlin Television, is based on the novel of the same name by author Aldous Huxley.

Gangs of London is a new action series by Pulse Films and Sister Pictures, which will be airing on Sky Atlantic sometime in the future.

Industry is a new drama series produced by Bad Wolf and showing on HBO.

On the film side, we have been part of the adaptation of Dream Horse by Film4, which will have its premiere at the Sundance Film Festival on January 24th, and be released in Great Britain in April.

Watch this space – it’s going to be a great year!

Back to news
We use cookies on our website to give you the most relevant experience by remembering your preferences and repeat visits. By clicking “Accept All”, you consent to the use of ALL the cookies. However, you may visit "Cookie Settings" to provide a controlled consent.
Cookie SettingsAccept All
Manage consent

This website uses cookies to improve your experience while you navigate through the website. Out of these, the cookies that are categorized as necessary are stored on your browser as they are essential for the working of basic functionalities of the website. We also use third-party cookies that help us analyze and understand how you use this website. These cookies will be stored in your browser only with your consent. You also have the option to opt-out of these cookies. But opting out of some of these cookies may affect your browsing experience.
Necessary Always Enabled
Necessary cookies are absolutely essential for the website to function properly. These cookies ensure basic functionalities and security features of the website, anonymously.
Functional
Functional cookies help to perform certain functionalities like sharing the content of the website on social media platforms, collect feedbacks, and other third-party features.
Performance
Performance cookies are used to understand and analyze the key performance indexes of the website which helps in delivering a better user experience for the visitors.
Analytics
Analytical cookies are used to understand how visitors interact with the website. These cookies help provide information on metrics the number of visitors, bounce rate, traffic source, etc.
Advertisement
Advertisement cookies are used to provide visitors with relevant ads and marketing campaigns. These cookies track visitors across websites and collect information to provide customized ads.
Others
Other uncategorized cookies are those that are being analyzed and have not been classified into a category as yet.
SAVE & ACCEPT